How Addiction Happens To College Students 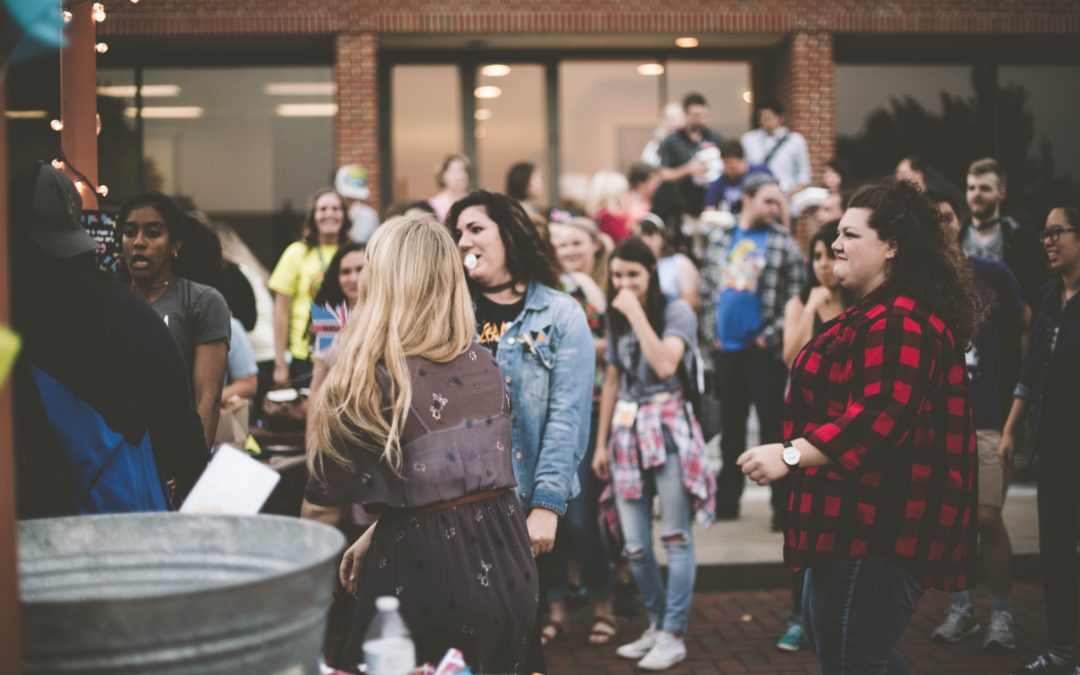 For many young adults, attending college is a period of exploration, which can cause them to act without any precaution. Some of the most common problems on college campuses are binge drinking and drug abuse.

College is a time of freedom and independence, but sometimes people take this freedom a little too far. Parties are all too common on college campuses, and because they are so common it’s no surprise that many college students develop substance abuse disorders. Let’s take a deeper look into how addiction happens to college students.

Reason #1: Everybody Else Does It – Peer pressure and the desire to fit in causes many students to give into substance abuse. College students don’t want to feel left out, so they could easily give in to peer pressure. If everyone else is doing it around them, they feel less judged and safer to abuse substances. When substance abuse is normalized, it doesn’t feel like “abuse” anymore. Not only is substance abuse normalized on college campuses, but it is basically encouraged. Some college campuses are “dry” to avoid these types of problems, but most are not.

Reason #2: Substances Are Readily Available – College campuses often have sororities and fraternities. These are groups of housing for students that create communities on campus. However, these communities have transformed from their wholesome beginnings into places for partying. These houses are often filled with party-goers and they constantly host massive house parties. Places like these are often the hub for access to substances. These groups are able to acquire alcohol if there is one resident who is 21 years of age or has a fake ID. They are also able to acquire drugs from local dealers, who thrive on selling to college students.

Reason #3: Curiosity/Freedom – For the first time, most college students are away from home and thus are free to do whatever they want without their parents knowledge.  Most of the time, these college students feel liberated from the metaphorical shackles their families placed on them, causing them to try things their parents would normally tell them not to. For the first time in 17 or 18 years, they are free from parental control and feel a sense of liberation. They start to think about the disagreements they had with their parents and start to get curious about other things they discouraged them from doing, like drugs/alcohol.

Reason #4: Pressure – College can be debilitating for some. The challenges of culture, education, and social life can weigh heavy on students at times. Some students can even develop mental health issues if they are unable to find healthy ways of coping. The pressure to engage in social life and educational life can be debilitating for some, which is why some students resort to substance abuse as a means of coping with pressure.

What Substances Are Abused In College?

Marijuana is often misused to ease academic pressure, at the expense of advances in education and schooling. The percentage of university students who abused marijuana grew from 3.7% in 1999 to 4.6% in 2015. It is by far the most prevalent illicit drug used by college students and is frequently used by 1 out of 20 college students.

Marijuana is prevalent in college parties, college festivals, and nightclubs/bars surrounding the college area. For those who actively abuse marijuana, they argue that it is healthy and non-addictive. However, this could not be further from the truth. Some side-effects that marijuana abuse can cause are:

One of the most commonly abused substances in college, alcohol is a substance that runs rampant across most campuses. For most teenagers, they often grow up in houses that do not allow them to have alcohol. However, this does not stop parents from having drinks around them. This causes their children to become curious, but they are unable to have alcohol until they are of legal age. Once they are more independent, they feel a sense of liberation and freedom to do and try whatever they want.

Since most college students turn 21 by their junior year, it is highly likely that even underage students are able to gain access to alcohol because their peers are old enough. This is why so many college parties are filled with alcoholic beverages. Long-term alcohol abuse can result in some of the following symptoms:

Illegal stimulants, such as cocaine, and pharmaceutical stimulants such as Adderall, are widely exploited by college students because of their ability to numb and help them focus. Stimulants are compounds that affect the brain’s function, leading people to believe they are more focused. Specific stimulant addiction signs include:

If these harmful habits are left untreated, they could damage the mind, body, and future of a college student. Once tolerance has developed with a certain substance, a person may seeker greater highs in order to achieve the desired effects. This is how addiction is formed in college students.

The college lifestyle is a special one, but it is also a life filled with substance abuse and parties. College should be about getting an education and having fun, not developing serious substance abuse disorders as a way to cope. It’s important for parents to educate their children on substance abuse before sending them off to college. It’s easy for any college student to fall victim to peer pressure, the desire to fit in, and academic hardships. We need to provide proper education for our youth so they know what kinds of things they shouldn’t do in their time of freedom.