Drugs and the Party Scene 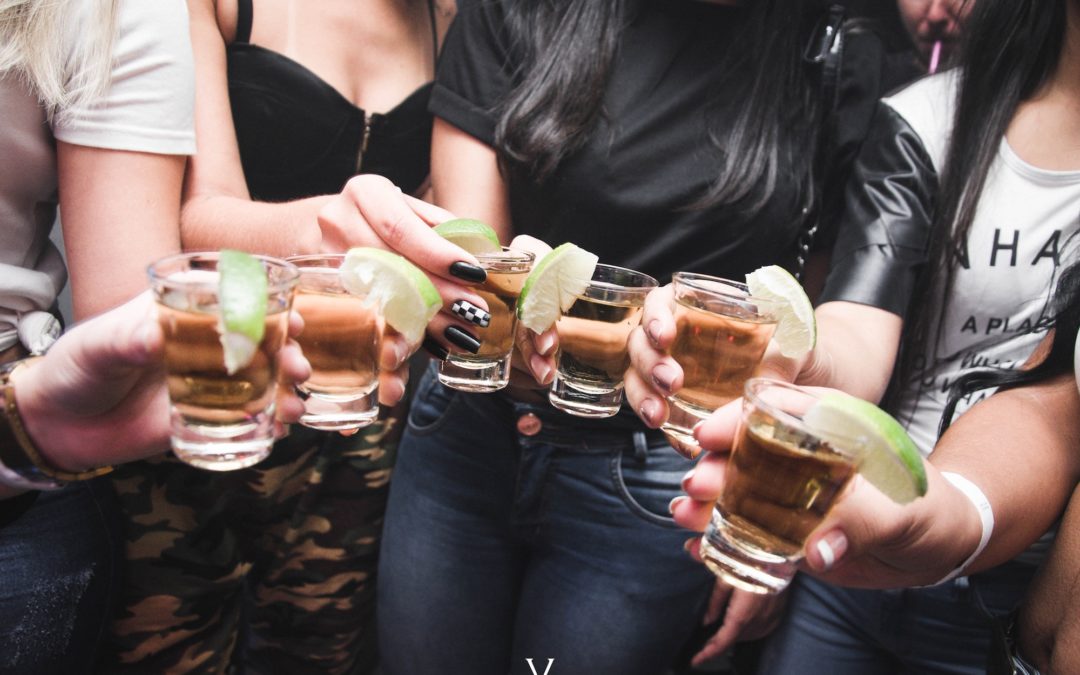 What’s a party drug? The better question is: what’s not a party drug? Generally, drugs that are consumed intravenously don’t make huge waves on the party scene: this makes sense if you consider the monstrous inconvenience of preparing yourself and the drug for use in an extremely noisy, crowded and darkened room. This doesn’t mean, though, that these drugs never appear in clubs or busy bars. It simply means they won’t be used in those spaces specifically, though, of course, plenty of people use the drugs, and then head out to drink, dance, and enjoy the music. This also doesn’t mean that drugs more closely associated with the party scene aren’t addictive. With so many addictions beginning with habitual hard partying, it’s worth taking a long look at what drugs are making the most frequent appearances.

The most popular party drug is – to no one’s surprise – alcohol. Beer and liquor lead the way, and shots of hard alcohol is a popular way to get the evening started. Every society in the world has a culture around drinking and alcohol, be it for religious or recreational purposes. In some places, of course, the drinking culture has evolved, and excess has been openly embraced. For the past two decades, there has been a small influx in mainstream attention to college students, and binge-drinking that often occurs on college campuses. Much of what happens with alcohol consumption on college campuses revolves around drinking games. Simply drinking until one passes out, though, is also popular.

College campuses notwithstanding, the bigger concern for the safety of young adults is harder drugs, some of which are as addictive as alcohol, on the party scene. Just to be clear, the phrase, ‘the party scene’ isn’t limited to parties, which can be thrown by anyone, at anytime, for any reason. ‘The Party Scene’ also refers to raves, a European dance concept that involves all sorts of wild dancing, wild costumes, and wild beats. Raves (and the drugs therein) have become increasingly popular, and brought with them a degree of public fear and concern for the areas around the raves. Some of the popular drugs that come with raves can cause erratic behavior, an important fact to note whether you are partying, or living in the neighborhood where the party is happening.

Slightly different from raves in that there is always live music attached and food offerings, the number and popularity of festivals is at an all-time high. A new staple of the party scene, festivals can be something as grandiose as Coachella, or as small as Yeek Fest, a dance show in Mississippi that went viral weeks ago. Club, party, rave, or festival, it is easy to find that many people are using drugs and drinking alcohol. With alcohol being the most common party drug, it has several potent companions on the scene.

These designer drugs first garnered mainstream attention in the early 2000s. A series of deaths attributed to use of these psychoactive drugs created a generation of worried parents and curious teens and young adults who couldn’t wait to try them. The effects of the drugs seem harmless enough: the risk of volatile, violent behavior is relatively low, and the user feels warm, happy, and often aroused. MDMA was originally explored as a therapeutic drug for couples having marital issues, but research was abruptly halted by the federal government in the 1970s, and the drug has remained highly illegal since. Because of this, the research on the long-term effects of regular use of Molly or XTC is hazy; some people claim there is nothing about which to be concerned, while others insist that, just given the simple fact that the drug can get you high, is understandably enough for anyone to be concerned.

Once dubbed ‘America’s most dangerous drug’ by former President Ronald Reagan, marijuana’s healing properties have been used and loved by people all over the world. While marijuana remains in legal limbo in most of the United States, many places have outright banned it. Marijuana, however, rarely has a difficult time entering the party scene: plant-based and popular, different strains of marijuana are said to give the user a variety of desirable effects, whether it is used to sleep, or to stay up, and dance all night. Addiction rates to marijuana are fairly low – it’s not unusual for most people who smoke marijuana to do so for several days, weeks, or months at a time, and simply stop for a break. For others, though, stopping the use of marijuana, while partying or while at home resting, is difficult. It is still very possible to become addicted to marijuana, and if someone you know may be addicted to any drug, you may save their life by intervening.

Within a generation, cocaine went from relative obscurity to a choice party drug of the upper-echelon. Cocaine, typically consumed by snorting or smoking, is a derived from coco leaves, found abundantly in different countries in Latin America. The high energy effects of cocaine are understandably attractive to people who love and value getting the absolute most of their party experience. Cocaine, though, can often be the catalyst to aggressive or violent behavior, turning the user from life of the party to an absolute party foul. Like other drugs, cocaine is highly addictive, more addictive than marijuana, and more addictive than XTC, Molly or other commonly-used hallucinogens. Unlike other popular party drugs, though, a cocaine habit quickly becomes expensive, and while getting more is rarely a problem for someone who makes more money than most people, getting more may invite more violent and/or aggressive behavior.

Between the addictive drugs, long hours, contact with alcohol, and devil-may-care environment, it’s a wonder that more people don’t leave the party scene deeply addicted. Partying, too, though, can be addicting, but fortunately, no one is completely out of options for recovery.