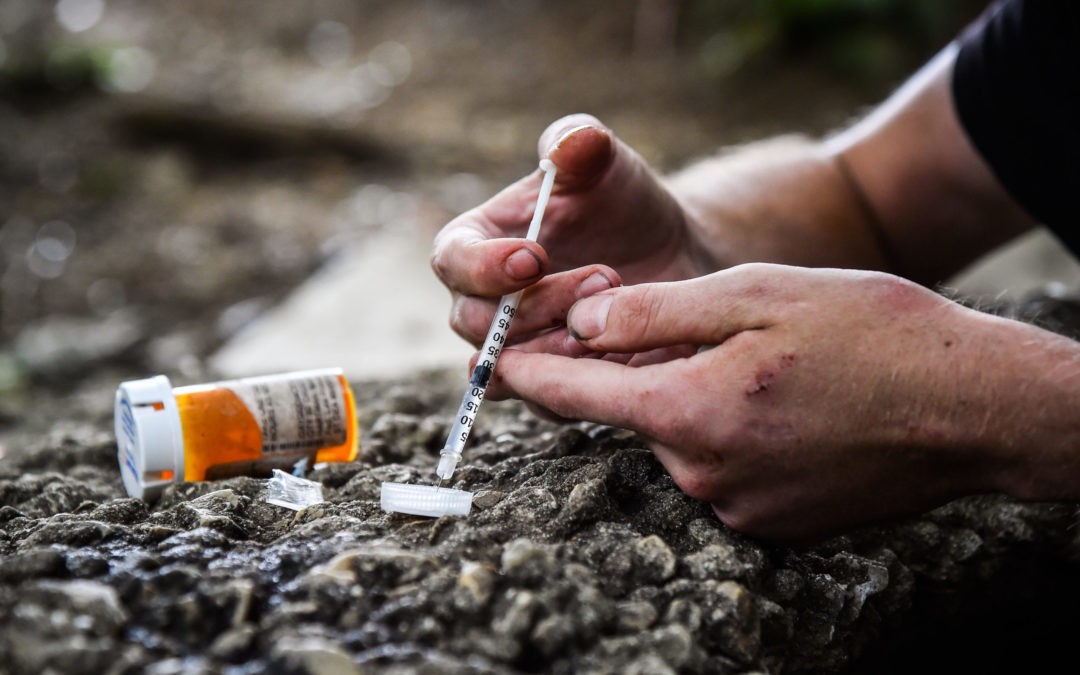 Some news agencies are reporting wasp hotshots as a new addition to the illegal drug market. Wasp and hornet killers have been in existence for years, but the chemical is just beginning to emerge as a new — and a highly dangerous — way to get high. Some people have discovered that anti-wasp spray, when injected, can replicate the high that one might get from methamphetamines. But what is it exactly, and how can you protect yourself and your family from falling victim? Keep reading below.

What Is a Hotshot and Where Does It Come From?

Hot Shot is the name of the brand of popular wasp and hornet killer aerosol spray that is meant to kill these insects on-contact. Various incidents across the United States cite concoctions being created with methamphetamines (speed) mixed with chemical bug spray. Ironically, hotshot is also a term that refers to any narcotic injected into the bloodstream for an intensely quick rush. The high may not last very long, but the damage it causes to the body can last a lifetime, or even result in death. The term hotshot was also used decades ago, emerging from the lawless dregs of society. Underground members of society or convicted felons in prison would set up a deliberate murder through the use of one of these hotshots — in this case, a heavy, lethal dose of heroin. There are even references to its use in multiple fiction books. But the modern-day implications are extremely sinister as they tighten their grip on the nation.

Sheriff Cecil Cantrell of Monroe County Mississippi recalled his own experiences in dealing with those under the influence of wasp hotshots. “They’re ruined. Ruined for life… a person will stand at a jail cell door, slobber like a mad dog, wanting to fight. Everything is wrong, nothing is right for one minute, then calm down and then go right back into a rage.”
Below is video footage that shows a man’s intense reaction to a hotshot injection. The man can be seen rolling around on the floor of what appears to be a gas station, moaning in pain and pleading for relief. Bystanders try to speak to him to get him to calm down, but you can clearly tell his mind is elsewhere. Later in the video, the police and paramedics arrive and attempt to restrain the man, but he begins screaming and flailing his arms and legs, resisting help. Eventually, they are able to get him up onto the gurney and transport him to the hospital. The video can be seen below, but Warning: It is difficult to watch and graphic at times.

Just last month, Danny Hollis II broke into a home after smoking a chemical cocktail made of bug spray and meth. He wreaked havoc inside of his own home, and at one point, attempted to slash his own throat in front of his family. By the time the police caught up with Hollis, he had climbed a tree and stripped himself naked. However, when the effects wore off, he said he couldn’t remember anything that happened. Using this dangerous substance can turn you into a completely different person, making you do things you would never normally do when sober.
What Drives a Person to do Wasp Hotshots?
When a person has a physical and mental addiction to a substance, they will do anything to achieve a high. This can include things that any sober person would cringe at the thought of, including injecting, inhaling, ingesting, etc potentially lethal substances. They are incapable of thinking clearly and rationally, as their mind is solely driven by their need for the drug. As for how one gets addicted in the first place, there are some small, insignificant actions one can take that can change the course of their life forever, including:

Wasp killer, whether ingested through smoke or needle, is easy to come by. It’s so easily accessible and can be found in any corner store or even ordered through Amazon with one click. We see this pattern with other drugs as well. When crystal meth first came onto the market, the ingredients needed to make the drug were readily available in the form of many common household cleaners and various items you could buy legally pretty much anywhere. In turn, tougher restrictions were put on certain items in convenience stores, pharmacies, and supermarkets. These stores began installing locked cabinets and storing certain items behind a counter where employees could be there to oversee who was attempting to purchase the product.

Now, we even have to be cautious about bug spray. Will Ace Hardware, Home Depot, Lowe’s and many other retailers need to be proactive about this new concern in America’s drug epidemic?

Mental Health and Meth Use

Drug addicts seek an escape from reality for many reasons. Often times, it is a case of a pre-existing mental health issue, but mental health can also decline following the onset of addiction. Unfortunately, methamphetamine and crystal meth addictions come with substantive detriment to physical and mental wellness. Because these drugs are extremely addicting, it can take months to adequately detox from them.
More than 20% of meth addicts in recovery (for at least 6 months) develop a form of psychosis-like schizophrenia that does not respond to treatment.

The longer the meth addict avoids treatment and continues using the substance, the damage is increasingly life-altering and can eventually lead to death.
Meth addiction can also cause a psychotic disorder with:

People all over the United States and the world can lose everything to substance abuse. The addict will become so wrapped up in their need for the drug, that they lose all sense of self and responsibility. This weighs heavily on family members, friends, and the person’s entire community. Addiction ruins lives, and not just the life of the addict.

What You Can Do to Protect Yourself and Your Family

Parents: be extra vigilant when it comes to your children’s’ welfare and activities. Get acquainted with their friends, talk to their teachers, make sure they feel comfortable sharing their whereabouts with you. This goes for family members and friends too. Be extra mindful of the state of your loved ones’ health, and reach out to them if you sense that anything might be wrong. Share this article and others out there that provide helpful information about the dangers of these harmful street drugs.