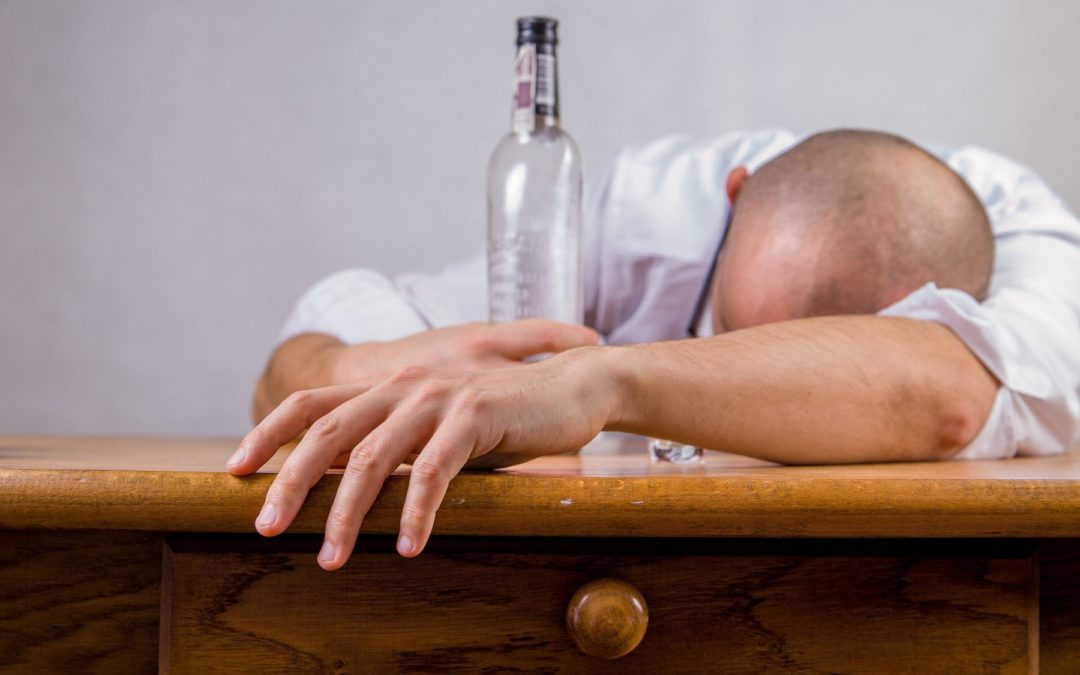 According to the National Institute on Alcohol Abuse and Alcoholism (NIAAA), some 88,000 people die from alcohol-related causes each year. And even more people succumb to preventable illnesses each year as alcohol has the potential to contribute to over 200 diseases, including liver cirrhosis and most cancers.

Most of us know someone who drinks alcohol, but because it is such an accepted part of modern life, many of us probably don’t realize that they’re drinking enough to harm our health. The 2015-2020 Dietary Guidelines for Americans recommends that women drink only a single drink per day and men drink two in order to stay within healthy guidelines.

Not sure as to whether or not you, your friend or loved one is in danger? Here are ten possible signs of alcohol abuse to make note of.

Even though the health guidelines claim that 1-2 drinks per day is within healthy guidelines, if you’re imbibing on a daily basis, this could be a serious indicator that you have an addiction. Often drinking regularly can lead to a high tolerance, which means you will continue to keep wanting more and more in order to feel the effects.

Not only that, but daily use can contribute to poor health over a long period of time, even if a person is not drinking “to get drunk” during each session.

Alcohol Use Disorder (AUD) is a disease where people are unable to stop or control alcohol use, and it may exist in mild, moderate or severe forms. AUD is characterized by binge drinking — about 4 or 5 drinks in the space of 2 hours – in 5 or more days during the previous month.

Thus, even if a person doesn’t drink too frequently, but when they do drink they get very drunk, this is certainly cause for alarm.

Sometimes people will joke about how they don’t remember what happened the night before, but if a person “blacks out” once or more this could pose serious danger to themselves or others. If you notice that a friend is frequently losing personal items, unable to make social commitments, getting sick, being aggressive, or generally engaging in behavior that compromises their safety, it’s important to broach the topic as soon as possible.

Drinking can contribute to feelings of depression and anxiety. Sometimes people drink because they feel depressed. The interplay between drinking and depression (or anxiety) can be extremely toxic, and each can make the other worse. The NIAAA reports that depression is common amongst alcoholics and that people with mood disorders often turn to drinking in an attempt to balance their moods.

As with most addictions, alcohol misuse causes our brains to change, which means we may have more difficulty regulating emotions and making decisions. When this crosses over into our interpersonal relationships, we’ll likely notice that there are unusual mood swings, neglect, isolation or even aggression.

Alcohol causes people to be more irritable and possibly self-destructive or even dangerous to others. Such changes may be subtle or seem minor at first, or may even seem “normal” to those who are used to being around alcoholics.

Though the emphasis is really on the frequency, amount and reason behind drinking, often drinking alone is a sign of misuse or abuse. Sometimes people may feel isolated in the first place and may turn to drinking to quell loneliness.

7. Trouble with Work or School

Sometimes alcoholism will creep into your daily routine to the extent that it negatively affects necessary activities such as work or school. However, it’s important to note that many alcoholics (and other addicts) manage to lead highly functional lives where they keep their addiction well-hidden.

8. Always Finding a “Reason” to Drink

Alcoholics will always find a reason to drink. It may be that they want to “have a good time,” that they think it helps them sleep, that they need it to be more social, or they need it to be creative. If you notice that there is always an excuse to drink, there’s probably a dependency issue that could get out of control in the near future.

Those who imbibe occasionally understand that, on occasion, we may let ourselves have “too much” and end up with a hangover. But when a person consistently has trouble regulating themselves, either “stopping” at a particular time or event, or drinking on a daily or almost daily basis, this is an indication that they have a problem.

10. Drinking at Unusual Hours or in Inappropriate Places

Alcoholics typically will find themselves drinking out of the scope of normal places, times or events. For instance, drinking alone, in the morning or even during the day typically indicates an inability to resist. Drinking to “cure” a hangover is also a bad sign. If drinking or being hungover is getting in the way of day-to-day responsibilities, or even social activities or hobbies on a regular basis, there is a problem.

How to Help a Loved One

Millions of people through the US alone have alcohol disorders. The NIAAA reports that in 2015 almost 27% of US adults binge drank and 7% used alcohol heavily in the previous month. If you are worried about a friend or loved one, be sure to let them know that they are not alone and that they will likely require medical support to get sober.

What they may need most is a complete change of scene in a professional and safe upscale environment. Consider suggesting a luxury drug rehab center, which will allow them to take a break from all of the stress as they learn to rediscover their true selves.