Methamphetamine Abuse – Meth Mouth and Other Side Effects 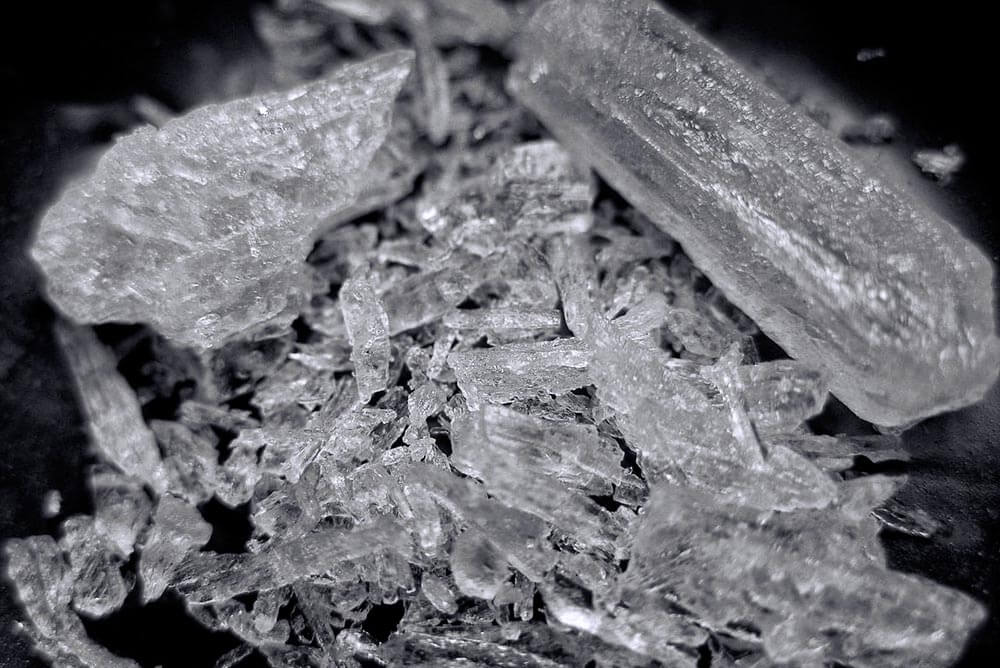 Meth is one of the most addictive drugs available today. It often comes in a crystallized form with a bluish tint, similar in appearance to stained glass. Meth is also available as tiny white rocks and colorless crystals. On the street, meth goes by many different names including speed, crank, ice, tic-tac, chalk, and crypto. Whichever name you decide to call it, meth remains one of the most dangerous drugs to abuse.

A combination of very lethal drugs are used when creating meth. The nicknames given to the substance are nothing more than a marketing strategy: “ice” sounds a lot less harmless than methamphetamine, doesn’t it? But what goes into making the drug is far from harmless. If the real ingredients were listed as they are on legal products, people would be astonished. Below are just a few of the ingredients found in methamphetamine:
Pseudoephedrine – This is an ingredient found in cold medication. If abused in large quantities, it can affect the respiratory system, brain, and heart.
Acetone – You’ve probably heard of acetone, as it’s the main ingredient found in nail polish removers and paint thinners.
Hydrochloric Acid – This is an extremely powerful acid, capable of removing rust from steel and burning through human flesh.
Anhydrous Ammonia – This colorless gas is used in industrial cleaners and fertilizers. When mixed with other chemicals, toxic fumes are produced.
Lithium – Lithium is a highly explosive chemical found in batteries. If it is used to power cars, what do you think it’s doing to your body?

The dangers of meth are dependent on the amount consumed. Meth users can inject the substance into their veins, or snort, smoke, or swallow it. For hardcore users, the urge to feel the effects as quickly as possible pushes them to use more than one method at the same time, resulting in an instant, powerful high.

Meth affects the overall nervous system by changing how the body’s neurotransmitters react to certain chemicals. Dopamine is released in large quantities, and when the drug reaches the brain, the user begins to feel the high within a few minutes or less. This high can last for four to eight hours, depending on how much is consumed and the user’s physical ability to process the drug.

Meth’s Impact on the Body – Side Effects

Certain cognitive symptoms of meth use can be disguised by users. But eventually, meth will start to show physical signs and side-effects that cannot be concealed. Meth addiction treatment can help prevent permanent bodily damage, but most effects cannot be reversed.

If you’re addicted to meth, prepare to say goodbye to youthful skin. The fumes, the toxins, the way it binds itself in your bloodstream…all of this eventually filters out through the skin. When blood flow is interrupted, your skin becomes saggy, flakey, and dry. It is easy to recognize long-time users because of their paleness and their skin’s loose, wrinkled appearance.

Scars from injections and burns from smoking meth can cause wounds on the body. Formication, known as a tingling sensation inside the skin, is also common among people who use. The feeling has been compared to experiencing an attack by hundreds of insects as they run around all over the skin. This results in incessant scratching with no relief, which is why many users are covered in sores and open wounds. Since a user’s skin has lost its ability heal itself quickly, addicts spend a lot of time covered in wounds.

Using meth is a sure-fire way to inflict some serious dental damage. Meth dries up the salivary glands, making your mouth extremely dry. The harsh ingredients also corrode the gums, tongue lining, and the enamel on teeth. Bad breath, red gums, and cavities are usually the first warning signs before meth mouth progresses. Then, front teeth are typically the first to begin to decay. Decay and fall-outs can begin happening as early as 1 year into use. Interestingly enough, meth causes users to crave sugary drinks. These types of beverages are already bad for people with good oral hygiene; imagine the damage a soda can cause on teeth remnants that are weak and eroded. Some of the dental problems caused by meth can be very expensive to treat, but sometimes the damage is permanent.

Meth’s severity can be summed up into one single word: death. As scary as it may be to hear, seizures are one of the common side effects of using meth. Some of them are so intense they can lead to permanent brain damage, if not death. Users have been commonly known to develop strokes, heart complications, and respiratory issues.

Some of the ingredients used to cook meth are found in diet pills. This is because of their ability to suppress appetite. However, prolonged use results in severe malnourishment which is why most users are extremely thin and frail.

The effects of methamphetamine abuse go far beyond just mental and physical deterioration. Co-existing cognitive disorders are easy to form in those battling addiction, and meth impacts the brain in ways that often require professional attention to treat. Meth addiction takes too big a toll to go unnoticed: for more information about this particular addiction, programs, treatments, or additional details on the services we provide, contact Scottsdale Recovery Center today.