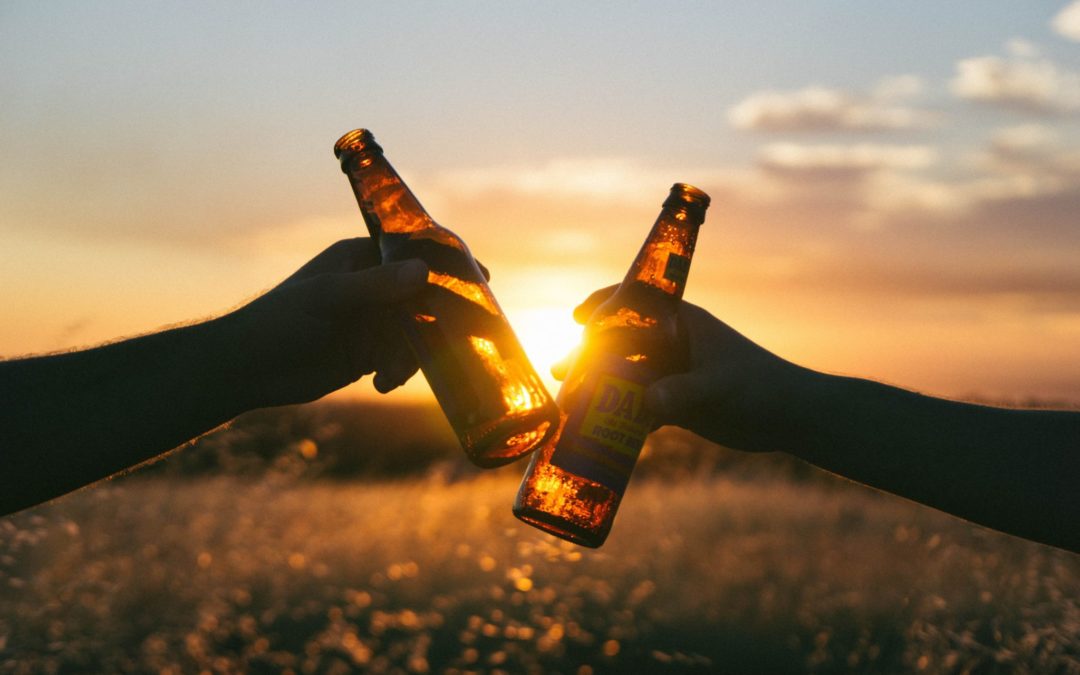 You hear it in movies, television shows, and even in real life, the phrase, “Let’s grab some drinks!” You’ve heard your friends, family, and co-workers say this before too. Though this activity can seem harmless to most, we never stop to think how frequent “casual” drinking can be damaging to our society. The “Let’s Grab Drinks” culture is one that has been around for quite some time and has no signs of slowing down. Because of this, alcohol addiction has become a rampant issue in the United States, and across the world. In the U.S., there are over 15 million people affected every year by alcohol addiction. Even more alarming is the fact that in 2018, there were over 65 million Americans who reported binge drinking that year (which is roughly 20% of the American population. It is not unlikely that some of these people who binge drank may even have an addiction to alcohol, but were in denial, which means the number of people suffering from alcohol addiction in the U.S. could be higher than 15 million. Today, we’re going to talk about how the “Let’s Grab Drinks” culture has affected this problem and what we can do to fix it.

As we mentioned previously, this culture of casual drinking may seem harmless to some, but under the surface, it is much more sinister. It has become a culture most Americans engage in which means the people that don’t engage in it are often shunned or not included. This creates legitimate challenges for those who do not partake in the culture and those who do partake, let’s discuss.

The culture can make it hard for individuals to be social and people who do not drink may feel pressured to go out for fear of judgment. Whatever the reason may be for a person not having the desire to drink, they should be free to do so without fear of judgment. Unfortunately, this is not often the case. Though some people who drink may say they don’t care, their actions speak louder than their words. What often happens is the people who do not drink are excluded from get-togethers at local bars or restaurants, even though they can still attend and have a good time without alcohol. It can also make other situations uncomfortable for people who choose not to drink. Situations like first dates, hanging out with friends/co-workers/family, or even parties can quickly turn awkward if people find it strange that an individual turns down alcohol.

Casual drinking almost never stays casual, it can be difficult to abstain from once you’ve become accustomed to it. What people often do is go to a local bar or restaurant to de-stress from the workweek, let loose, and have some fun. They’ll start with one drink and maybe have a few more, in which case they’ll start to become drunk. The problem is that our culture has told us that this sort of behavior is normal and even ‘fun’. This creates this warped perception that you can only have fun with people if you are having a drink with them; thus why people often refer to alcohol as “liquid courage”. Alcohol makes a person feel more confident which can make it easier to interact with others and appear more ‘fun’. This can cause people to rely too heavily on the effects of alcohol and create an addiction. When casual drinking is normalized, so is drunkenness and addiction.

There’s no doubt that a person who is brought up thinking alcohol is harmless believes so because of their upbringing. Whether it’s because their parents were habitual drinkers or the people around them were, an adolescent can be highly impressionable, meaning they will be influenced by their surroundings. If the people around them drink habitually, they’ll see this behavior as normal. If a child’s parents go out for drinks twice a week with co-workers and come home tipsy, they’ll see this as acceptable, normal behavior. Not only are future generations easily influenced by their parent’s decisions, but they’re also susceptible to their parents’ genetic predispositions. If an adult is suffering from alcohol addiction, doesn’t realize it, and has a child, they increase that child’s chances of developing an addiction later in life. This is because addiction is a genetic disease. Though it is not guaranteed they will develop one from their parents’ genes, they are more genetically predisposed to developing one.

As you can see, the “let’s grab drinks” culture is not as harmless as it may appear. Though television shows, movies, and American culture like to normalize alcohol consumption to the point where it is encouraged, it is in no way beneficial to our society and the people that live in it. This seemingly harmless culture of casual drinking has become a normalization of alcoholism and it must be fought against. The best way to do this is to abstain from alcohol consumption and work towards normalizing individuals who do not partake in the activity. Unfortunately, this is easier said than done. For most people, fear of judgment and the desire to fit in creates problems when it comes to abstaining from alcohol. The best way to avoid judgment or anything of the sort is to just simply say “No”. You don’t always need to give a reason, but should you be confronted by someone questioning your decision to not drink, be honest and do not be afraid of judgment. You may be surprised at how a person reacts. If you find yourself being excluded from bar activities, try and suggest an activity that does not involve drinking, or at least is not focused solely on it.