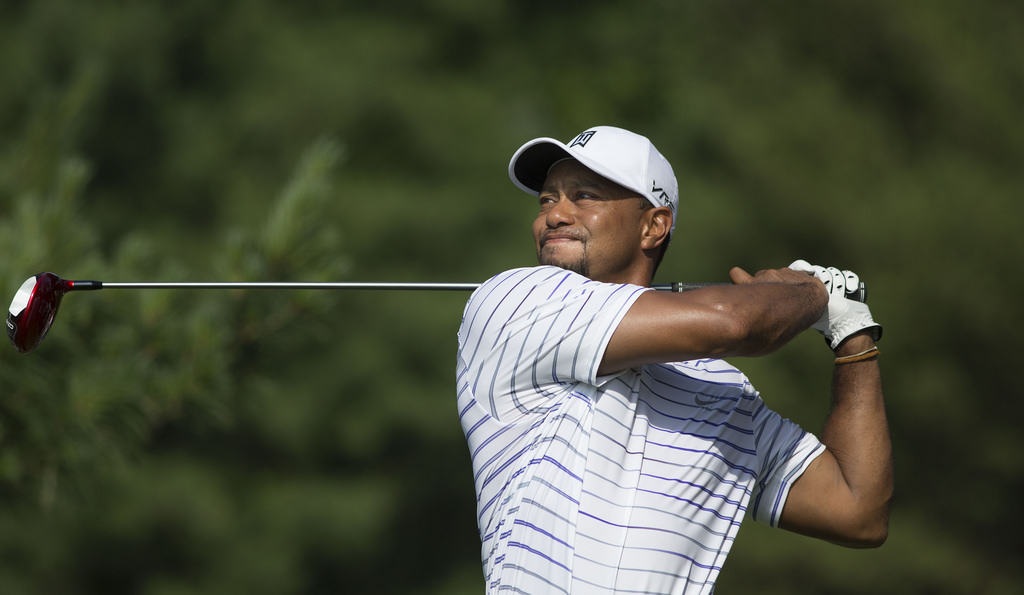 Tiger Woods and the Battle With Addiction

It might seem odd to say that it may have been the drug addictions plaguing Tiger Woods that brought him back to his career limelight. If you have been through addiction treatment and recovery, it wouldn’t seem strange at all. For those yet to deal with the demon of addiction, the following could serve as an explanation as to the why and how recovery serves to humble the ego, rebalance priorities, and reconnect one’s vision for the future. Because we all lose sight of our path at some point in time…

Pain Is the Precursor to Use

For the many in the United States who struggle with codependency to opioid prescriptions, the single most common denominator for the onset of addiction is the pain (physical/emotional) that provided a reason for overuse. Tiger Woods was no different in that than anyone else. He just happened to be a household name. The pro golfer who seemed larger than life was brought to his knees, by his own reckless acts, by law enforcement, or perhaps it was simply destined. Nonetheless, Woods put the process of addiction-to-recovery in the limelight, which is something we can all reap benefits from.

Even Heroes Fall from Grace

You don’t have to be famous to be a hero. To a son or daughter, mothers and fathers aren’t just parents: they are real life heroes that have the opportunity to step up and guide, or fade away into nothingness. Tiger Woods wasn’t (and isn’t) just a great golfer, he served as a role model to others which is why his fall from the top to rock bottom was felt all over the world. Let’s examine his known course of addictive behaviors.

Providing the succession of Woods’ trouble with addiction is just a case in point regarding the paradigm of chemical dependency. Where some refer to “when there’s a will, there’s a way,” nothing will defy your will like the demons of addiction. Recovery takes practice, daily practice at that, and each day must be lived moment by moment. And just as life comes with its own set of circumstances, unique to each of us, our ability to commit, stay strong and persevere is challenged – relentlessly.

Note the bullet points above that are italicized. I wanted to call this out in particular to focus on the aspect of denial and acceptance during the recovery process. It’s part of the evolution towards wellness after addiction.

Like Tiger Woods, The Story Changes Once You Take Ownership

A public statement was issued by Woods after his release from jail in Jupiter, Florida for driving under the influence of narcotics in May 2017. During his press appearance, he stated “I understand the severity of what I did and I take full responsibility for my actions.” But in the same statement, he added it was “…an unexpected reaction. I didn’t realize the mix of medications had affected me so strongly.”

If you read between the lines of his statement, there is a contradiction in meaning. Either you take accountability for your actions or you don’t. Two of the drugs that were in his system were prescribed for pain. Did Woods engage in Doctor shopping? (When you get drugs from one doctor and drugs from another doctor simultaneously without the other knowing.) Did Woods take the medication as prescribed? These are indicators of drug addictive behaviors. Do you know of someone who acts in the same manner?

After Years in the Hole, the Tiger Roars

It’s been more than a year since Woods was given a second chance. At that time, he could barely tie his shoe let alone walk properly. After his unbelievable performance at the Tour Championship FedEx Cup playoff, it appeared as though he resurrected himself in a sort of second coming. Until September 2018, had been 10 years since Wood won a championship. That’s a long time to be in an emotional hole. And so it goes with drug addiction. Is this recent success miraculous? Not really. Consider the source. We’re talking about Tiger Woods. And the resounding benefits of addiction recovery.

Ask people who have experienced any sort of life challenge. Whether they have weathered their personal storm, succumbed to it or risen above, the final result is that they aren’t the same person they were before it happened.

In the realm of success, some say it’s easy to achieve but hard to hold on to, and maintaining it is what truly plays on your inner strength. Tiger Woods’ life path is an analogy to that. Perhaps success played a role in his temporary fall from grace.

How fitting it was that his first glimmer of a comeback was when he entered the Hero World Challenge in December 2017. A coveted event in the golf community with only 18 participants, Woods tied for ninth. He didn’t place first, but definitely was a hero of the day.

Which brings us to now.

Adversity is part of the game of golf and life. Unlike many other sports where you face opponents head on and work collectively as a team, golf is a loners game. You play among others, but you compete against yourself. Every shot is an opportunity to excel or fail. If you don’t get past the disappointments in your mind, at every stroke, you can’t possibly see the hole or the victory. Golf personifies the human condition. Addictions notwithstanding, we all feel better when we can get outside ourselves and surpass the negative thoughts. Find peace, acceptance and joy in our personal truth.

Woods shared his sentiments about his return: “To be able to play golf again and to earn my way back…”. There is a humbleness that comes from the personal accountability of recovery and earning your life back.

After making an eagle putt on the 18th hole for a five-par-under 65 finish in one of four playoffs in the Tour Championship, Tiger Woods has finally come home and won, sober.

If you or someone you care about has lost their way due to drug or alcohol addiction, we’re here to help. Scottsdale Recovery Center is dedicated to understanding the particular circumstance of each of our patients. In doing so, we are able to provide specialized treatment that has proven to be highly successful in terms of recovery and long term sobriety. Reach out today, and we can work together in getting you back on the track to a beautiful, fulfilled life.