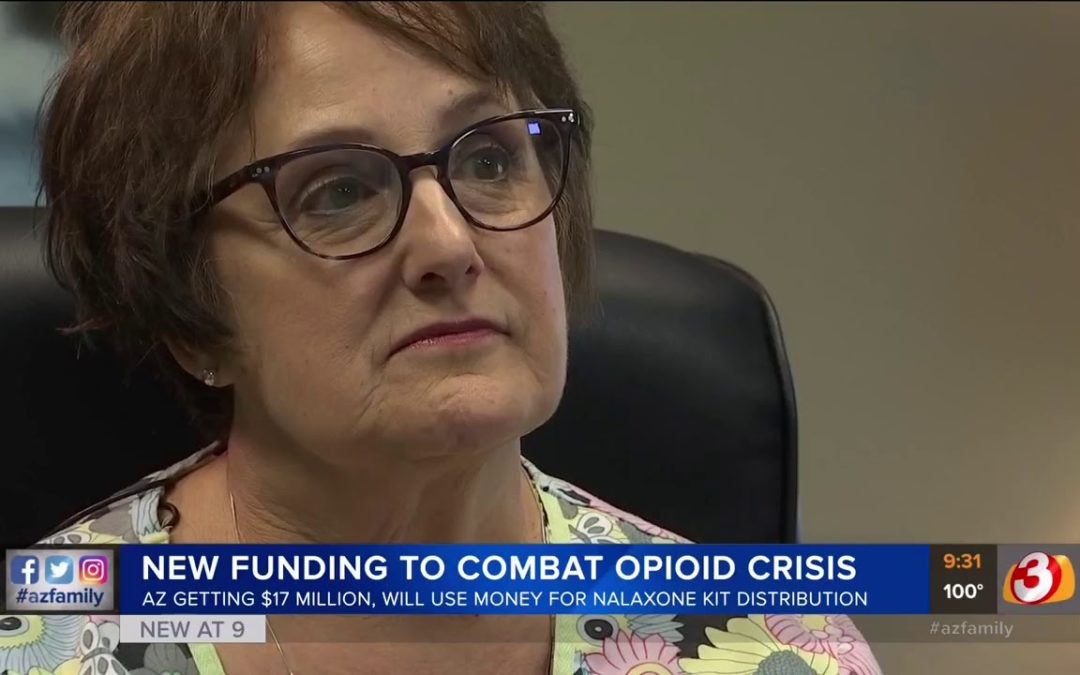 Achor #1: Well, Arizona tonight has some extra money from the FEDS to fight a problem that often stays hidden. We’re talking about opioid overdoses.

Achor #2: The CDC started handing out 300 million dollars to states to respond to the drug crisis. Arizona is getting about 17 million dollars out of that. Spencer Blake is here in the studio tonight to explain where all that money is going.

Spencer: Yeah, well, it is going to be split up, spread across the state when it does that and I spoke to a nurse today who’s son died of an opioid overdose last year. She says this is good news for several reasons.

Sara: Well I didn’t truly even know that he was a drug addict and it was hard for me to even wrap my head around it in just a one-month time, let alone find him dead in my house.

Spencer: Even Sara Combs, a nurse of 35 years was blind-sided by her son’s fentanyl overdose death last summer. That’s what prompted her to take her career into the addiction recovery side of things. She’s been working at Scottsdale Recovery Center ever since.

Sara: I felt like I needed to help people. Change somebody else’s life because I couldn’t change my own son’s.

Spencer: Arizona will be getting 5.7 million dollars each year for the next 3 years to help with those life changes. Arizona Department of Health Services spokesman Chris Minnick says the state will use some of the money for better distribution of Naloxone kits. Some money will go towards the prescription drug monitoring program. But a big chunk of it will be spread across 11 different counties to help them with addiction and overdose care.

Sara: To me, it’s huge. It’s going to be a big bonus for people.

Spencer: Hopefully a bonus that will prevent what happened to Parker McKinsey, a recovering fentanyl addict who spoke to Arizona’s Family earlier this year.

Parker: I’ve lost everything, you know what I mean? Family, friends, everything.

Spencer: Combs says she hopes the grant money will draw more attention to what she calls a very secretive crisis in Arizona.

Sara: The awareness is what it’s all about. I mean the more we talk about it, the more it’s out there. Truly I didn’t know it was that bad of a crisis until my son died.

Spencer: It was painful talking to her too and hearing the story about her son. In exchange for the money, Arizona will be collecting important data for the CDC on why and among whom overdoses and deaths are happening.