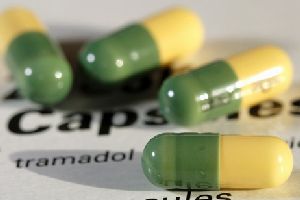 Tramadol is a Schedule IV drug, a category that includes Xanax, Valium, and Ambien. It is an opioid pain medication used to treat moderate to moderately severe pain. It comes as a tablet, and as an extended-release tablet or capsule to treat around-the-clock pain. It’s in a class of pain drugs called opiate narcotic analgesics, which work by changing the way your brain responds to pain. Tramadol may be habit-forming. Taking tramadol for a long time and in high doses may cause you to become tolerant of the drug and dependent, causing tramadol addiction.

How does Tramadol Work?

Compared to most NSAIDs (popular over-the-counter pain medications like ibuprofen and aspirin) that alter the production of inflammatory mediators, tramadol works primarily by acting directly on the brain. The primary mode of action is to decrease the brain’s perception of pain. Tramadol both inhibits serotonin and norepinephrine reuptake and activates opiate receptors in the central nervous system to enhance the inhibitory effects on pain transmission in the spinal cord.

As with other opioids, the chronic use of tramadol can be considered moderately addictive with a high potential for abuse and is capable of causing psychological dependence among certain users. When addiction has developed, cravings and withdrawal symptoms may occur if a person suddenly stops their usage.

Tolerance to many of the effects of tramadol develops with prolonged and repeated use. The rate at which this occurs develops at different rates for different effects, with tolerance to the constipation-inducing effects developing particularly slowly for instance. This results in users having to administer increasingly large doses to achieve the same effects. After that, it takes about 3 – 7 days for the tolerance to be reduced to half and 1 – 2 weeks to be back at baseline (in the absence of further consumption). Tramadol presents cross-tolerance with all other opioids, meaning that after the consumption of tramadol all opioids will have a reduced effect.

What is Tramadol Abuse?

In general, tramadol is taken orally. If you take tramadol more often, in higher doses, or in ways other than prescribed…you are abusing tramadol.

You abuse tramadol when you change the way you are supposed to take it. In general, tramadol is taken orally. Ways of taking tramadol that define tramadol abuse include:

Tramadol is also commonly abused with other substances and is frequently mixed with alcohol. However, opioids like tramadol actually increase the effects of alcohol.

When you abuse tramadol, you are actually releasing the drug faster into the body with a stronger concentration. While this may allow you to experience a euphoric high or feel the effects of tramadol with greater intensity, you also increase the rate your body develops dependency. Your body can come to need tramadol in order to function. Over time, the body and mind crave the presence of the medication. Further, strong physical and psychological dependence on tramadol can make withdrawal painful.

If tramadol is consumed in toxic amounts, the risk of imminent death is fairly high. Toxicity is fatal within the first hour of ingestion. If you or anyone you know has consumed a toxic dose of tramadol, it is recommended to seek early treatment or intervention. Taking more medication than prescribed or in combination with alcohol, sedatives, other narcotics (opioids), or antidepressants could result in a dangerous, or even fatal, overdose. Tramadol’s effects on various neurotransmitter systems are thought to mediate a potential pro-epileptic response—in other words, this medication may cause seizures. This property also makes tramadol especially dangerous for abusers because the probability of convulsions or seizures increases at high doses.

Should I Stop Taking Tramadol?

Getting off tramadol is a bit tricky though certainly possible. You can’t just stop it as it can not only be painful but also can cause seizures. You can taper off the med reducing your dose slowly over time or you can use a medication such as Suboxone which you have to get from a doctor who is certified in Suboxone treatment.

Tapering while it takes determination can be done with little withdrawal symptoms. You may still experience some depression though as tramadol has antidepressant properties and therefore when you stop you can experience some mild depression. If this is of concern, you could discuss with the prescribing doctor the possibility of taking an antidepressant while you get off the tramadol.

Although tramadol abuse is smaller in scope compared to other opiate painkillers, the number of people using this drug for nonmedical purposes and the consequences of that use are still significant. Some key tramadol statistics from the National Survey on Drug Use and Health and the Drug Abuse Warning Network include:

Tramadol abuse has been documented among adolescents in high school, where the drug is also known by the slang name “ultras.

Once a person develops dependence to tramadol, quitting the drug will cause unpleasant withdrawal symptoms. Even using tramadol as prescribed can lead to dependence and withdrawal. Most experts recommend tapering off of tramadol instead of stopping “cold turkey” to ease withdrawal symptoms. While most people detoxing from Tramadol describe the symptoms as flu-like, there is the potential for serious withdrawal effects, such as severe anxiety, panic attacks and hallucinations.