It would seem callous to think that the attention given to specific addictive drugs has more to do with what’s trending in the headlines or what the media deems as “newsworthy” rather than what is in the public’s greatest interest. And so it goes with addiction, media buzz and the danger of trending drugs. If it doesn’t provide entertainment value or makes for a hot topic from the White House, the subject gets thrown by the wayside where its ashes of importance flicker and fade. Until something or someone reignites it. Let’s take it on! Contrary to popular belief, meth use in Arizona and other areas of North America haven’t gone away. In fact, meth use Arizona is appearing in some unlikely places changing the landscape of our communities and the people who live there. Learn to spot the symptoms of meth use.

The Migration of Meth Across the Country

More than a decade ago, Congress passed the Combat Methamphetamine Act. With it, new restrictions on how consumers could purchase pseudoephedrine, a main ingredient in meth back then, were put into place along with specific requirements made of pharmacies or other retailers selling the product in tracking purchases of it. As a result, the program worked (for a time) as homegrown labs declined, reducing the harm it caused to many innocent children who lived around it and the law enforcement assigned to clean up the meth houses.

The Mexican drug cartel didn’t let that stop them. 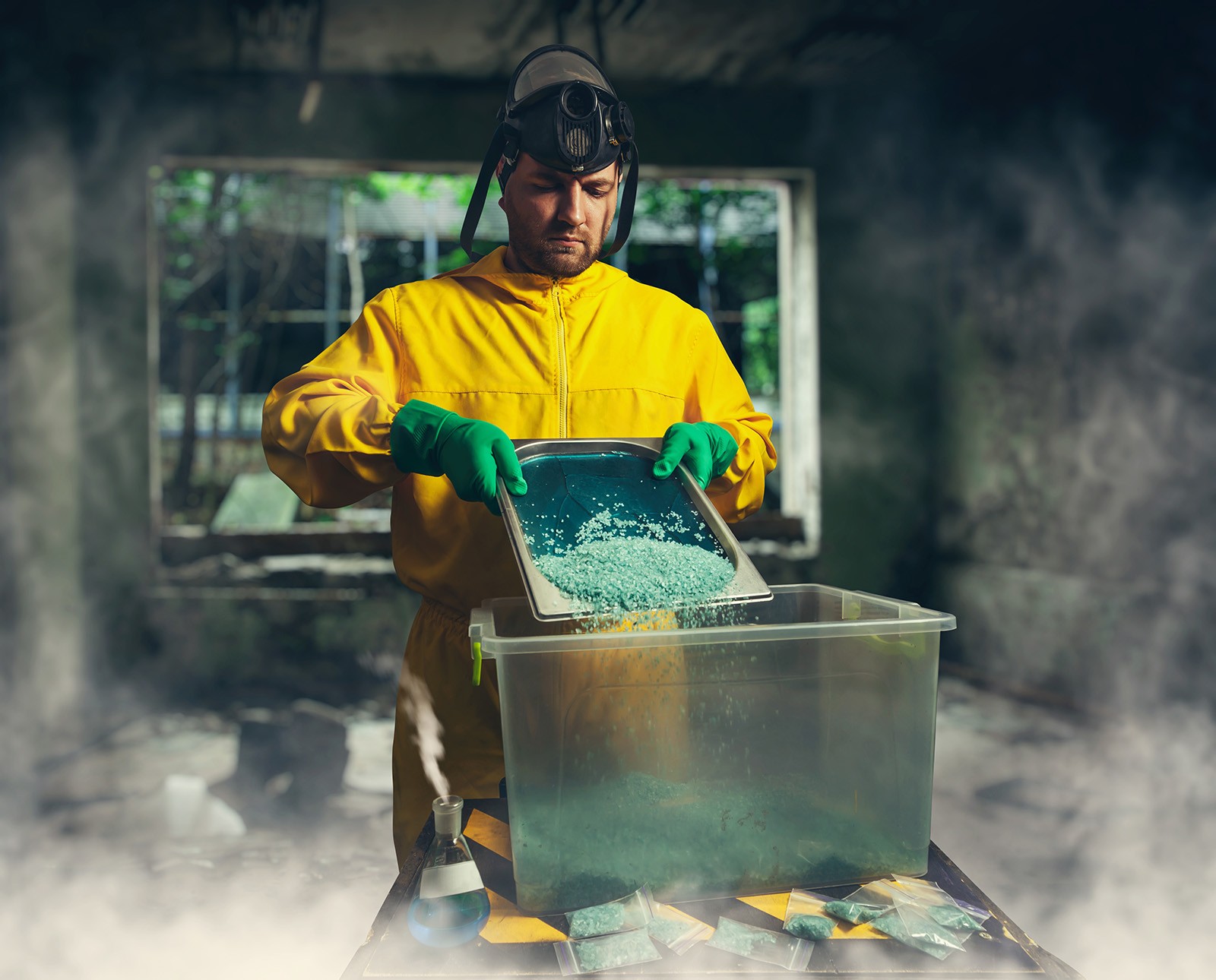 Mexico followed the U.S. and cracked down on the use of pseudoephedrine in its country. However, illegal drug makers simply modified the formulation of meth using a chemical that is not only readily available but easier to hide.

Meth today is much more potent than before. With the introduction of P2P (phenyl-2-propanone) replacing pseudoephedrine, the drug is sold to middlemen and consumers in or near its pure form. Border states such as California, Arizona and Texas have been hit hard with meth – bringing in 24 times more product than 10 years ago – as smugglers can walk or drive it into the U.S. without a hitch. Because it can be switched from crystal to liquid and back again, border patrol can mistake it for tea, shampoo or other legal products. And it didn’t take long to migrate the new meth to the Midwest, Northeast and small-town America.

Affordability of meth also lures drug users who favored other substances to try the crystal persuasion instead. Sometimes it’s by choice, but meth is also camouflaged in other drugs such as heroin. In some cities, up to 90 percent of the heroin in distribution contains meth as well.

Meth Heads Happen to the Unsuspecting

For anyone who has lived in the U.S., is a member of Generation Z, Y, X or Baby Boomers, the word ‘meth’ will conjure up a visualization of someone who exhibits quirky, hyper and out of control behaviors displayed through a gaunt and sickly appearance. Meth isn’t pretty.

Local authorities and various behavioral health experts from the U.S. are noting a shift in who is using meth and it’s not who you might think. Sure, there’s the economically-strapped citizen looking for a cheap, quick “lift” that got more than he bargained for after just one use. But there are the educated professionals, doctors, lawyers and business owners that get hooked after feeding their curiosity on a whim. Just like other addictions, meth abuse controls the user – not the other way around.

Portland, Oregon has seen its share of the uptick in meth use across many of its communities.  Much of the increase here has a lot to do with the surplus of the drug. One typical amount of meth needed to experience its rush runs about $5. As drug dealers zealously push the drug on users, some even provide meth transactions through credit. They figure that if the user continues to get their fix through them, it keeps the relationship going. And there are other ways to get paid for the meth.

Canada Doesn’t Know What to Do with Meth Mania

The province of Manitoba is seeing meth destroy families like never before. And Canada’s behavioral health and law enforcement agencies don’t have the man (woman) power to handle it. Here’s why.

Because meth addiction affects the body and the brain so quickly, the physiological and psychological decay is overwhelming. Known as drug psychosis, meth addicts can experience this during active addiction and during the recovery process. Drug psychosis presents itself as psychotic behaviors due to heavy drug use. Some of the signs of drug psychosis are hallucinations, delusions and an overall break from reality (psychotic break). Meth users can also exhibit violent tendencies during drug psychosis and are at risk for injuring themselves and others to a fatal end. A former meth addict in Canada describes it like this.

When an addict is amidst drug psychosis, in Manitoba, there’s nowhere for them to go. Hospital emergency rooms will turn them away as there is no treatment for the episode and the addict’s behaviors put patients and staff at risk. Unlike opioid addiction and the overdose reversal medication Naloxone, there is nothing available to undo meth-induced psychosis. Police officers and other first responders can’t help either because they don’t have the time and resources to babysit meth addicts until they come down. Because that could take days.

Signs and Symptoms of Meth Use

Just one hit of meth can rev a person up for days at a time. The stimulant makes the body and the brain work on overload at a rapid pace increasing heart rate. Thoughts are magnified and random, often with heightened levels of paranoia. Hunger, thirst and care for anything else go dormant. And it gets worse from there.

How Meth Grabs Its Victims Quickly and Takes Them Down

If there’s someone you’re concerned about involving meth addiction, reach out for assistance. Due to the excessive behavioral abnormalities and drug psychosis that often accompany this disease, intervention by professional experts is advised.