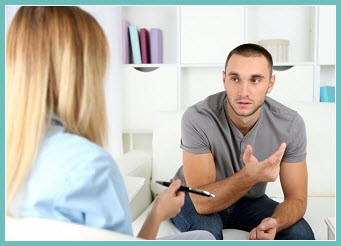 Comparing effectiveness and likelihood for success in gender specific (men-only & women-only) drug addiction treatment to that of coed rehab centers.

Having been in treatment for substance abuse, namely alcohol, in both settings, I have definite opinions on the relative values of each. I am most certainly in favor of gender-specific treatment; in other words, male/men-only and female/woman-only as opposed to coed settings.

Truth be told, with today’s advent of LGBT drug rehabs on the rise it adds a whole new complexity, in terms of the relationship & sex components, within the scope of male-only or female-only substance abuse treatment environments, but that’s another story for another day…

As the old saying goes, “Women are from Venus, Men are from Mars.” This is not to discount the nature of drug addiction, whether it affects men or women, but to define the different approaches treatment centers should take to achieve the greatest benefits. Substance abuse programs for coed treatment become much more complicated due to innate psychological and socio-economic concerns, as well as trust issues.

Any distractions from the main purpose of treatment may impede the healing process. One treatment center I attended, for instance, was coed and there was a considerable amount of friction due to issues of sex, relationships, etc. In fact, there were several incidents of males and females “hooking up” and subsequently being discharged. There seemed to be continual friction and straying from frank and honest discussions. I believe these issues were due to basic differences between the sexes. Issues like abuse, physical and mental, affects on family issues especially if children are involved, and sharing of personal information.

Without painting with too broad a brush, women are a more nurturing group, and seem to share feelings and emotions with other women in a more trusting and forthcoming manner. In coed group therapy, I noticed on many occasions that when women were talking of private or sensitive issues, they addressed one another rather than the men in the group. And when men were sharing, they addressed other men and were reluctant to appear “soft” or weak. Whereas, in a male only environment, I found that after trust issues were calmed, feelings and discussions were much more honest. Some of the men had been in bad relationships or were involved in custody disputes and I don’t think would have “opened up” if women had been present.

While many clinical environments are unaffected by having intermingling of men and women, such isn’t the case when it comes to matters of substance abuse treatment. This process involves complex issues that exist on physical, mental and emotional levels. Moreover, drug addicts new in recovery are easily swayed toward alternative avenues, especially when they offer immediate gratification as means for avoiding the discomforts commonly present within the treatment process.

So really, what is the purpose of any treatment program but to address drug and/or alcohol abuse or addiction?  Treatment involves admitting a problem exists, becoming honest with one’s self, discovering other cross-over issues, and setting a program for successful abstinence. Any outside interference or complications deter that development.  And this is why a gender specific approach is more effective. Another old saying applies. “KISS! – Keep is simple stupid!”

In the final analysis, I would say that nearly all licensed, experienced substance abuse treatment professionals would agree that male-only and female-only drug rehab centers will generally garner better results among their patients.

For more information on specialty treatment for men or women at Scottsdale Recovery Center please contact us 24/7 at 602.346.9142. We also provide a quick and simple insurance verification form for those using their private PPO or EPO  health insurance plans.