AIDS and Heroin, a Reunited Risk? 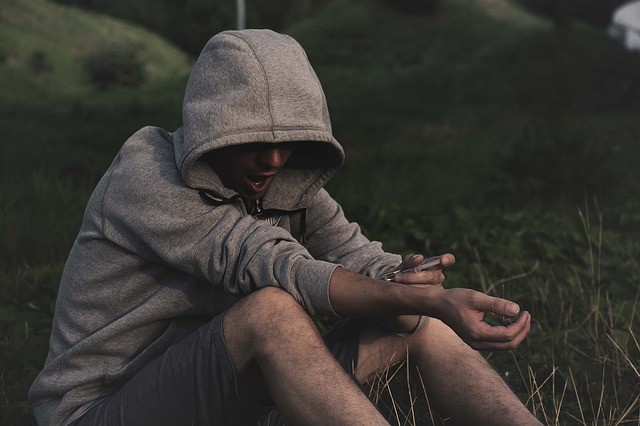 Be afraid. Be very afraid. Why? There’s a lot of talk amongst the media, politicians and medical professionals about the alarming rate of opioid addiction in America. Some would call it a daily conversation – and that’s a good thing. Perhaps it should be top-of-mind for us all. In fact, New Jersey’s Governor Chris Christie called it out as “the AIDS epidemic of our generation.” But that’s a singular equation. If you were to go back in time to the AIDS crisis of the 1980s, one could make a case for a resurgence of this same healthcare horror today, with epic proportion. AIDS and heroin, a reunited risk? This is where this story really gets scary. Let’s put two and two together….

AIDS History Can Repeat Itself in 2017

According to a June 2017 article in Stat News, moderate forecasts project annual death rates from opioid-related incidents to reach 500,000 by the year 2027. In part, here’s how we could get there.

Once the government put in stop-gaps on the allowable amount and longevity of legal opioid medications prescribed to the public, that’s when all hell broke loose. Many patients were already addicted to their pills. In attempts to seek refuge from their pain (either from withdrawals or ill health), heroin was the next best alternative. Heroin is off the grid, readily available, inexpensive, and lethal by injection on many levels.

Acknowledging the Danger Means It Exists

Heroin and other opioids are often administered in the bloodstream intravenously, through a needle. With illicit drug use, needles are seldom sterilized and all too often shared from user to user, elevating a host of health risks. Just as the AIDS epidemic, over 30 years ago, claimed intravenous drug use through shared needles as a source for infection, why would it be any different today? It isn’t. Case studies and other research findings show that Hepatitis C cases are on the rise, due to dirty intravenous drug use. A heightened risk of HIV exists in people who share syringes and needles during IV drug use in the U.S., according to the Centers for Disease Control in 2016. It would stand to reason that an uptick in HIV and AIDS diagnoses are highly probable.

While Americans could tout the decline of HIV cases since its peak, decades earlier, the tide is shifting because of the opioid epidemic. CBS News recently reported that 1 in 11 people diagnosed with HIV can source the root cause to use of injectable drugs and needle sharing. It’s no wonder, as the U.S. bears 80 percent of the world’s opioid use. Is this how we’re making America great again?

Even traditionalists have had to change their hardline stance on behavioral health ideology in search of a temporary panacea to the growing opioid problem. Conservative-minded Vice President Mike Pence instated a public health emergency in Indiana during his tenure as Governor in 2015, allowing a needle-exchange program to help contain HIV within his community.

Understanding the nature of heroin addiction goes beyond the act of the drug use itself. Part of the addiction process is how it affects the brain. Decision-making abilities are compromised, leading to dangerous life choices to include unsafe sexual encounters.

The focus of an editorial piece in The Hill presents compelling insights into these risks, reminding us that only one-third of the U.S. general population uses condoms during sex. The statistics for condom use among IV drug addicts could arguably be much lower due to less inhibition and poor judgement, prominent while a person is under the influence.

Going Retro Is Great for Fashion, Not Disease

Both the public and private sectors have ample information and statistics to not only understand but fully embrace the inherent dangers of the increased use of opioids through injection. It’s a no-brainer. But what we choose to do with the information is where the greatest challenge lies. If we don’t learn from the past, we’re destined to repeat it.

With the onslaught of the HIV infection and AIDS epidemic of the 1980s, misinformation ran rampant worldwide setting up social environments riddled with fear and prejudice in our communities. If you’re reading this and don’t know or remember this time in our history, ask a friend or ask your parents about it. Ask them if they had a friend or loved one who died from AIDS. Ask them if they’d want to go “there” again. You’ll hear a resounding “Hell no!” We all deserve better. So, what’s next?

We need to be more cognizant of this threat. We need to talk about the reality – often. Talk to your family, your friends, your coworkers, heck, talk to the people around you at the neighborhood coffeeshop. Shared awareness is empowering because its positively infectious.

AIDS and heroin risks are stronger now because opioid addiction isn’t just for those in plighted neighborhoods, it’s part of mainstream America. The News Observer sites the southern U.S. as having 50 percent of our newly diagnosed victims of AIDS. Of those newly diagnosed, 22 percent of them are just 13- to 24 years in age. Our lack of intervention, as humanitarians, is criminal. Inaction enables genocide.

However, there are practices and tools that can be put into play to help minimize the risks to our communities, circumvent the rate of infection, and undermine potential fatalities.

Education Should Be First Place, Not an After Thought

How this story ends about HIV infection, AIDS diagnoses and heroin use has everything to do with you. If you’re a parent, talk to your kids. If you know other parents, talk to them and help them talk to their kids. This threat isn’t fake news. It’s hardcore reality. Utilize the many free resources out there to get educated on the subject.

AIDS and Opioid Epidemic Together Put Everyone at Risk

There is no fear mongering here. If you can’t comprehend what the mentality is of those addicted to opioids, let me break it down. Everything they say and do is dialed into removing their pain and feeling good. They will lie, cheat and steal to get the drug. During the heroin use, nothing else matters but experiencing the high. It’s narcissism at its best.

Here’s another gut-wrenching thought. Imagine that it was your boyfriend or your wife. Think you’d know for sure? You would but it would take some time. Just ask the thousands of others who have lost a loved one to opioid addiction. And in that time of unknowing, if needle sharing is part of the drug use and you had sex with a partner who is using, your risk for HIV just happened. But you didn’t know… (I told you this was scary stuff.)

Keeping Silent about Heroin Use Helps Spread the Disease

Magnify your personal risk in your community to regional, national and global scales. It’s the natural course of an epidemic. If you know anyone immersed in IV drug use or have concerns about someone who could be, standing by the sidelines is like being a willing participant. Do something. Say something. Now.